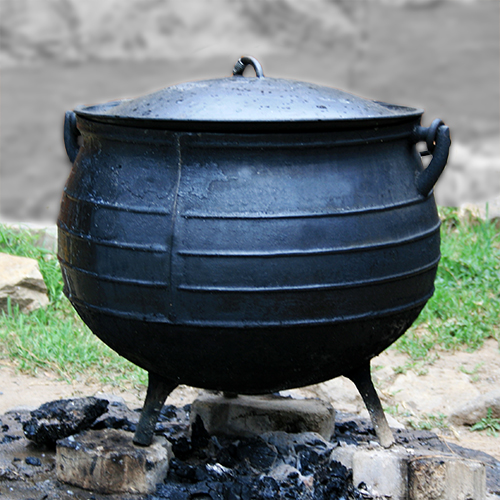 When potassium is found in the form of a water-soluble salt, it is known as potash and is actually where the name potassium comes from. Potassium as an element reacts with water and is rare in nature because of this, yet potassium is an essential element for industries as well as basic nutrition, making the stable version found in potash highly prized.

Worldwide over 90 million tons of potash is mined, with the majority going towards plant fertilizer. It is an important nutrient for plants because it increases water retention, size, taste, color, and disease resistance in crops.  Potash use as a fertilizer has been linked to the steady rise of agricultural production to support modern population growth.

In industrial uses, potash is used for aluminum recycling, electroplating, soap production, glassmaking, and catalyzing rubber. It can be found in products such as ice melters, food supplements, pharmaceuticals, cement, and fire extinguishers.

Records of potash use go back to at least 500 A.D. but was not mined until recently. The name comes from the way it was originally made; by burning hardwood trees and then leaching and boiling those ashes in a big pot until all that is left is the potash on the sides.

This form of potash can be credited with the settling and industrializing of North America because as people would clear land they would have an excess of wood. Instead of letting it go to waste, they could burn it and process that into potash, which could then be sold for a profit. The very first patent ever issued in the United States was for a process for making potash and was signed and granted by George Washington himself.

Most modern potash is mined from deep deposits from ancient inland oceans but contains other salts as well as clays and rocks. This mined potash is cleaned and processed through two main processes- floatation or crystallization.

Floatation is performed by crushing the mined potash ore and dissolving it in a solution, then running that through a combination of screens, sieves, until the impurities are removed. The solution causes air bubbles to form around the potash crystals, which then rise to the surface and can be skimmed off and run through a centrifuge. This purified potash is sent to be dried and granulated.

Crystallization is where the solution of dissolved potash is heated before being sent through industrial crystallizers, which causes the potash crystals to reform without the impurities.

Need help with your potash processing line? Carrier Vibrating Equipment has experience building custom equipment for the potash industry, and our engineers can find a solution for your requirements.