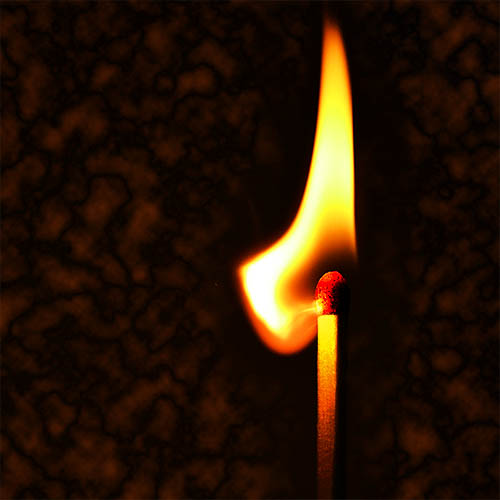 Every industry has the need to move a material from one area to another, which means conveyors can be found pretty much everywhere.  The most common type of conveyor is a belt conveyor, which uses a single long roll of fabric or rubber rotated around a path using gears and motors to pull the belt and the load on it.  However, this movement of the belt creates large amounts of friction, which causes severe issues with conveyor belt fires when conveying flammable materials.

What can unfortunately happen with a belt conveyor is that as the belt slides along the stable base it creates friction heat, and over time the product being conveyed can build up along the sides and underneath the edges of the belt, until it reaches a point where there is enough material and enough heat for it to ignite.  The fire triangle shows that a fire needs oxygen, heat, and fuel to create a fire, and a conveyor belt provides all of these under the right conditions.

If the conveyor is not shut down immediately, it will then convey the fire throughout the facility, spreading it from area to area.  This is what makes insurance claims for fires caused by conveyor belts to average more than $8 million.

These fires are especially dangerous in the mining industry, where the conveyors are deep underground and are transporting highly flammable coal and coal dust away from mining equipment.  Many conveyors in processing and other industries enclose their conveyors to prevent dust and fines from escaping and to keep contaminants out, but this creates a situation for the explosion pentagon, which is the fire triangle with the added sides of confinement and dispersion.  When the material is creating dust that is contained within the enclosed conveyor, adding the heat source of the belt conveyor can be enough to trigger an explosion.

In many of these applications the belt conveyor needs to be switched for a safer conveyor that is less of a fire and explosion hazard.  Vibrating conveyors are often used since they have few moving parts and the material shuffles and glides along the conveyor pan, meaning there is less friction and heat.  Additionally, there are no places for material to build up and accumulate into combustible levels since the vibrating conveyors operate in a plug flow.

Carrier Vibrating Equipment has been engineering and building vibrating conveyors for every industry and application, and ensuring that they operate safely and efficiently.  We can build vibrating conveyors up to 400 feet long, and are able to be food grade sanitary or able to withstand temperatures up to 2000 degrees F. They can also be built with an airtight hood to reduce fines and prevent contamination without the fears that go into a covered conveyor belt.